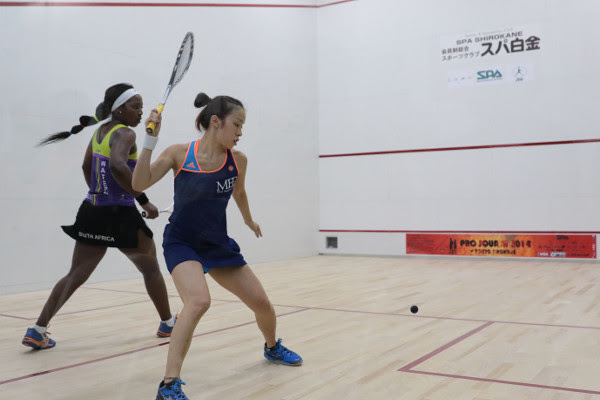 The highest-ranked Japanese player of all-time, 24-year-old Kobayashi (pictured above in action with Waters) reached the final of the WSA Tour 10event – her ninth on the Tour – without dropping a game.

The Tokyo-born world No36 raced away in the final to take the opening game for the loss of just a single point – but second seed Waters, who overtook Kobayashi to claim a world No33 ranking in the latest WSA list, regrouped in the second to draw level. 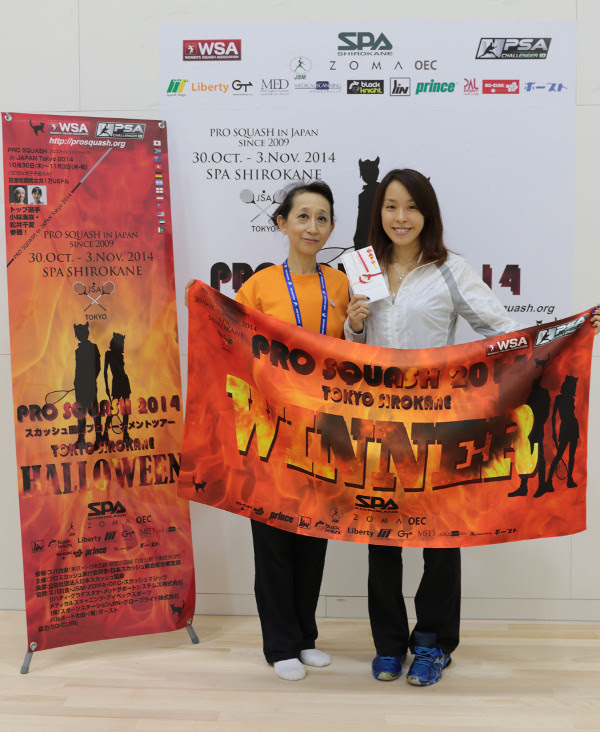 “I’m really happy to win this title again in my country,” said the delighted Kobayashi (pictured above with promoter Miyuki Adachi). “I don’t play many local tournaments so my family don’t really get to watch my matches – so today I just wanted to play well and I’m glad that I came through.”

For all the latest WSA Tour news: wsaworldtour.com