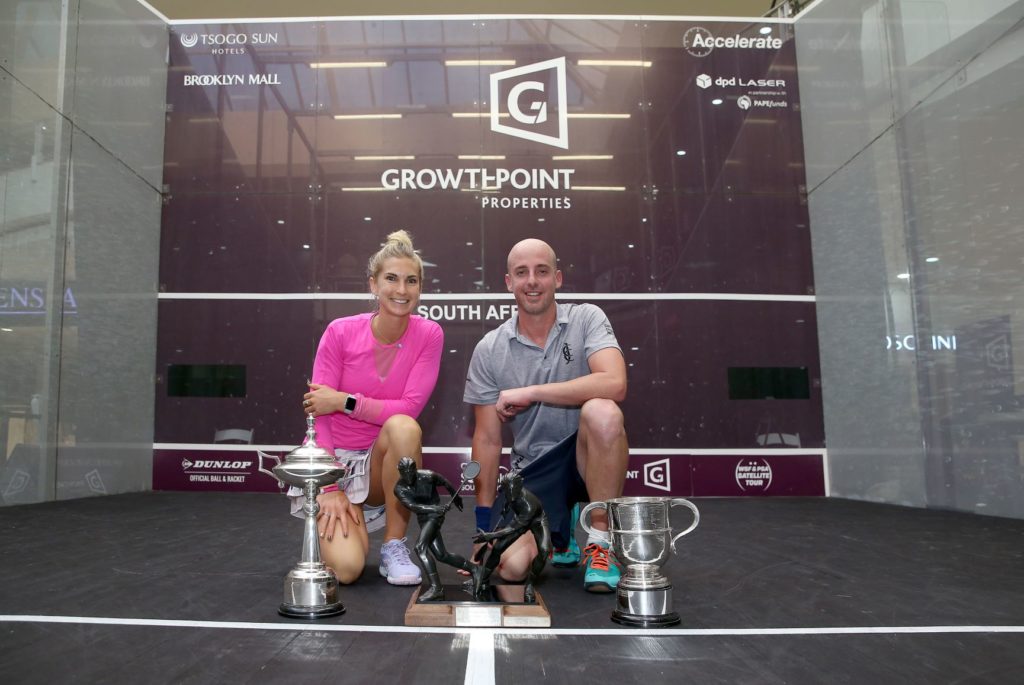 The 2020 Growthpoint SA Nationals champions are from left Alex Fuller of Cape Town and Christo Potgieter of Johannesburg. The tournament was played at Brooklyn Mall in Tshwane.

Pretoria, Tshwane; Christo Potgieter achieved a long-cherished ambition when he was crowned the Growthpoint SA Nationals squash champion for the first time after a pulsating final against Ruan Olivier at the Brooklyn Mall in Pretoria on Saturday.

He was joined on the winner’s podium by Alex Fuller, who completed a dominant performance this week by defeating Lizelle Muller 3-0 in the women’s final.

The 33-year-old Potgieter, now with Joburg Squash, was delighted with his victory, being forced to dig deep by his 26-year-old opponent, who seemed to have set himself up for victory when he took the third game 11-2 for a 2-1 lead.

However, the second seed told himself to remain positive as he sought to land the title which had eluded him during his career.

“Initially I was a bit nervous and a little overwhelmed by the occasion, but eventually decided I needed to play the match on my terms,” said Potgieter, as he stormed back into the match with some outstanding play to level matters by taking the fourth game 11-3.

“I felt I was playing a bit defensively and decided that I would take an attacking approach and that paid off.”

With the momentum on his side he raced into an 8-0 lead in the fifth, but even then, he said, it was nerve-wracking to try to close out the match.

“I think with the finish line so close I went back on to the defensive a bit and he crept his way back to 8-5, but eventually it was a really special moment to take the win.”

Despite the defeat, it was a memorable week for Olivier, who plays for Northerns, as he put out two higher seeded players on his way to the final.

Fuller, from Western Province, defeated Lizelle Muller 11-8 11-6 11-5 as the Port Elizabeth player again had to settle for the runner-up spot.

The 27-year-old Fuller has had a frustrating year due to Covid-19, but said winning her third Nationals title made up for the earlier disruption of lockdown.

“It’s a massive honour to win your national title and I feel like the season has really started with a bang for me,” she said after adding to her wins in 2015 and 2018.

“I want to say a big thank you to our sponsors, Growthpoint, because to be able to showcase our sport in a setting such as this has been incredible.”

Having been based overseas for several years, Fuller said her main objective had been to adapt to the conditions as well as the challenge of her opponents.

“I think I managed to achieve that and it was a good test for my conditioning, although I feel there are still a few aspects of my game I need to work on.

“I do play a high-risk game and for me it’s a case of trying to minimise my mistakes.”

Fuller did a commit a few errors against Muller, but she countered that with her attacking flair to keep her opponent at bay.

Her Port Elizabeth rival was playing her second successive final and she gave Fuller her hardest match of the week, but the top seed’s ability to pile on the pressure when she had an opening made the difference in the end. 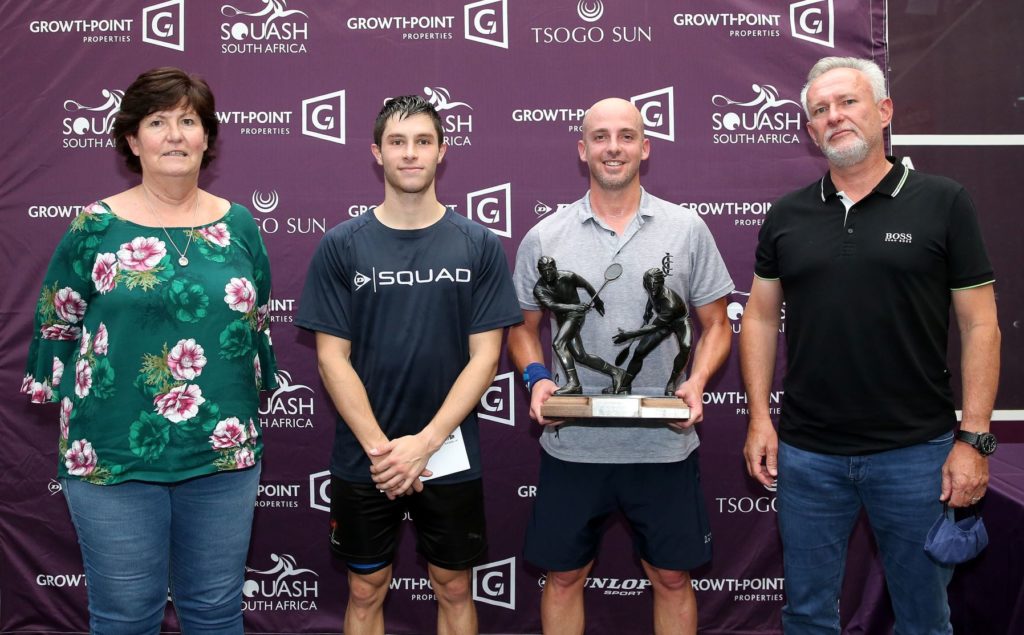